Showing posts from August, 2010
Show All

August 07, 2010
IMCK will start the second postgraduate course in Journalism on October 4. Young graduates from the whole of Iraq are invited to join the 8-month course in Erbil. -Do you like to study in Erbil in a practical way for 8 months? -Are you between 22 and 28? -Are you graduated from a university in Iraq? -Do you want to work with people and for people? -Do you want to be a journalist? If you say yes to all questions, please send an email before September 1 to: mediaforpeople2010 @gmail.com or contact: 07710178468
Post a comment
Read more

Press and assaish in Erbil 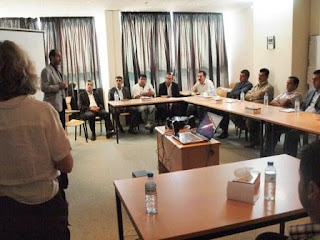 Fifteen officers of the assaish (security police) in Erbil on August 7, 2010 started a new series of workshops of IMCK on working with the press. After 5 workshops of a day for assaish Sulaymaniya IMCK organised four one day workshops in Erbil. Trainer Agnes Dinkelman, who trains and advises police in the Netherlands, confronted the policemen with situations and solutions, and with the difference of working in violent and wartime situations and at peace time. Press and police both have their role to play in a democracy. Journalist Ako Mohammed of Rudaw showed the the result of harsh treatment for journalists, and thus for the way the press reports. This is the final phase of a pilot. IMCK intends to extend these workshops to cover most members of assaish in Iraqi Kurdistan.
Post a comment
Read more 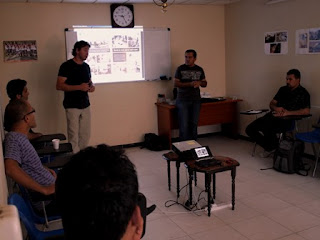 Eddy van Wessel started on August 5, 2010 his 5-day course for photographers working for the different media outlets in Sulaymania. The mornings will be used to teach starters in photography the basics of photo journalism. In the afternoons advanced journalists will learn about the use of light and shadow. Van Wessel will also discuss how photographers can sell their pictures abroad.
Post a comment
Read more

Workshops for assaish and press 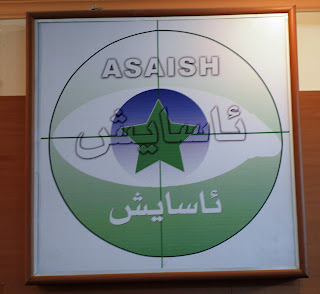 At the training hall of the assaish in Sulayma-niya the first workshop of a series started to help the security police to work in a better way with the press. IMCK organised five workshops of a day for different staff at assaish after reports on a number of incidents between assaish and press. For Kurdistan to become a healthy democracy, both assaish and press must know their roles and limits. Trainer is Dutch police trainer Agnes Dinkelman, who worked with police in different parts of the world, most recently in Liberia. She will be assisted in the second part of the days by Kurdish journalist Yahya Barzinji, who tells them about the effect of harsh treatment for journalists. The series will be repeated for the assaish in Erbil. These first nine workshops are a pilot to a bigger project covering most of the assaish staff in Kurdistan.
Post a comment
Read more
More posts